JON Anderson, Yes co-founder, vocalist and former frontman, has been incredibly busy on his official YouTube channel of late, uploading illustrated versions of his solo and group output over the years, interviews, new album tracks and collaborations, and a few pieces of commentary. 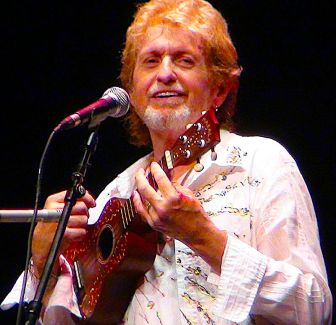 One-time collaborator Bill Bruford once commented that Anderson, perhaps more than anyone he knew at the time, was totally absorbed and immersed in music. These days he continues to juggle many projects at once, some of which come to fruition and some which do not, or which wait for another day. Into his mid-70s, he still seems to burn with artistic enthusiasm.

My book Solid Mental Grace: Listening to the Music of Yes focusses solidly on the activities of the group in its different formations, and while it offers brief portraits of the musicians who have been involved with Yes over the years (together with discographies and a fairly extensive bibliography), it does not delve into the recesses of individual inspiration beyond and before, so to speak. I might well rectify that in a digital update at some point in the near future, as well as on this associated website.

In the meantime, I was interested in Jon Anderson’s latest commentary/documentary, which lasts for just under 40 minutes and appeared on 29th February 2020, leap year. It is entitled ‘Mysteries of Music’ and begins with the finale of one of Anderson’s favourite works, Sibelius’s Symphony No. 7 in C major, which the Finnish composer completed in 1924. Stravinsky (particularly the earlier, more accessible ballet scores) and Sibelius (especially his symphony cycle) have been the composers most widely cited by the singer as inspirations from an orchestral musical direction over the years.

With regard to Stravinsky, Jon Anderson hums the famous descending opening bars of ‘The Rite of Spring’ (C–B–A on bassoon) during an interlude on the acclaimed live album ‘Yessongs’ (Atlantic, May 1973). He also used melodies from the Russian composer to help develop some ideas on the piano when he began playing, he says. Then from 1971, at his suggestion, Yes played the finale of the Firebird Suite, in the original version (1910) performed by the Boston Symphony Orchestra conducted by Seiji Ozawa (RCA Red Label, 1970) as their show-opening music. You can watch and listen to the conclusion of the longer ballet here.

The Ozawa recording also has ‘Petrushka’ (1911) on it, and Jon got his bespoke New Life Band to perform and riff on several themes from that work during an interlude on the six-concert UK 1980 ‘Song of Seven’ tour, which I saw at the Royal Albert Hall on 1st December that year. There are a number of unofficial recordings available from this particular concert, which was broadcast on the radio, as well as from the Sheffield one on 3rd December.

However, contrary to the reference on ‘Mysteries of Music’, excerpts from ‘Petrushka’ were not played on Anderson’s ‘Animation’ tour in 1982, which ran from June to August across the United States and Canada. There were two instrumental interludes during that series of gigs, but both were derived from Jon’s own material (including the ‘Animation’ album), and the second (taken between a Yes medley and ‘Roundabout’ at the end) featured a bass and drum solo.

Inter alia, there are a few other facts which go awry (in his inimitable impressionistic way!) on Jon’s latest video. So, for example, the first performance of Stravinsky’s ‘The Rite of Spring’ was in 1913 (not 1915) and caused a near-riot according to contemporary accounts. Plenty of Delius’s work (including ‘The Florida Suite’) was performed during his lifetime. Greig was Norwegian (not Swedish or Danish). But, yes, there are indeed many connections between North African/Arab, Greek and Irish music (some of which come to light at Scotland’s annual ‘Celtic Connections’ festival). And on the art of gamelan, which Anderson discovered in Thailand and Indonesia, here is an introductory listener’s guide.

In terms of Sibelius (1865-1957), Jon Anderson included his Symphony No. 5 in E-Flat Major (Op. 82) in a list of ‘Ten Records That Changed My Life’ in a 2015 interview with MusicRadar. There he explained: “When I was on tour with Yes in the 70s, I couldn’t live without Sibelius with me. I had a little ghetto blaster in my suitcase and then the first Walkman so [that] I could listen to Sibelius on the train, on the plane, or in the car travelling from A to B. I was in the zone for about three or four years, touring where I didn’t really want to deal with the pop star/rock star ‘go to the bar, get smashed’ every night. Sibelius grounded me for years. I remember hearing the Fifth Symphony for the first time and it was like manna from heaven.”

Incidentally, the opening of the first movement of Sibelius’s Fifth is also quoted at the beginning of legendary jazz saxophonist John Coltrane’s “A Love Supreme” (recorded in one take in December 1964). Coltrane is another influence cited or mentioned by Yes alumni Bruford, Moraz and Squire. However, musicologist Alex Ross, in his excellent book The Rest Is Noise: Listening to the Twentieth Century, suggests that Coltrane did not directly quote Sibelius, but instead quoted Leonard Bernstein’s “On the Town” which, in turn, adapts several bars from his symphony.

While Sibelius clearly influenced others in the proto-progressive rock era of the late 1960s and early 1970s (think of “Revolution 9” on the Beatles’ ‘White Album’ in 1968, or Keith Emerson and The Nice hamming up part of the Karelia Suite in 1969), Jon Anderson’s affinity with the great Finn runs deep. It began when he discovered the composer’s music though a BBC television documentary during Yes’s ‘Fragile’ tour in 1971, continued when listening repeatedly to Symphonies No. 6 and 7 while beginning to come up with ideas for “Close to the Edge” (1972), and reached a certain peak in the context of his 70th birthday celebrations a few years back, when, having heard many Sibelius concerts “from London to Paris and Los Angeles”, he attended each night of the Sibelius Festival in Lahti, Finland, in 2015. The performers that year included the Helsinki Philharmonic Orchestra conducted by Leif Segerstam, Sinfonia Lahti with Osmo Vänskä, the BBC Symphony Orchestra with Sakari Oramo and Okko Kamu, and Sinfonia Lahti once more with Jukka-Pekka Saraste and then Okko Kamu.  “Every night was the best”, Anderson enthused to interviewer Vesa Siren.

So to what extent can one detect a direct influence from Sibelius or other classical sources in the music of Jon Anderson or Yes generally? That is an issue I have touched on in another article, and which I will consider specifically in relation to “Close to the Edge” in another piece. Suffice it to say here that Anderson’s aspirations to write orchestral and/or theatre music were reignited more recently in ‘Open’ (a 21-minute piece first released in digital form in 2011 and reissued in 2019). His four-part, 85 minute plus ‘Opus’ on YouTube (Hopefulness, Joyfulness, Thankfulness, Gratefulness — June/July 2019) indicates further yearnings in that direction, albeit without the same contours, depth or discipline you might expect from a classical composer. Clearly, he has been energised over the years by the idea of extended form and melodic elaboration evident in Sibelius, Delius and early Stravinsky, but without applying or adapting them in a formal sense. Indeed, it is Anderson’s unrestrained enthusiasm as an autodidact which lend his own idiosyncratic emulations a certain charm. Given the audiences he reaches this can be seen as a communicative strength, as well as a technical weakness perhaps, blended as it is with spiritual sensibilities that often pare the orchestral and lyrical content down to ‘mood music’ rather than anything more substantial.

Other examples in the orchestral direction would include the blending of ambient and vocal textures on ‘Angels Embrace’ (Higher Octave, 1985), and perhaps more significantly — under the guidance of Christopher Warren-Green and musicians from the London Chamber Orchestra — on ‘Change We must’ (EMI, 1984). The latter includes an appealing string and choral re-upholstering of “State of Independence”, a really interesting vocal reworking of part of John Adam’s “Shaker Loops”, and two short piano études (or fantasies) beautifully realised for Anderson by classical pianist Gwendolyn Mok. All that works for me in a way that the more New Age-flavoured orchestral meandering doesn’t. But this is a matter of taste, and I can still respect the sense of adventure involved. Somewhere in between is the putative collaboration Jon Anderson enjoyed around 2008 with Jonathan Elias (of Yes’s ‘Union’ fame, or notoriety) and Pakistani Qawwali singer Rahat Fateh Ali Khan. It will be interesting to see if ‘Opus’, for example, leads to any more rigorous engagement with the kind of orchestra and arranger who could offer light, shade, contrast and shape to Anderson’s melodic effusions. In the meantime one can only wonder at the man’s continuing drive for creativity.